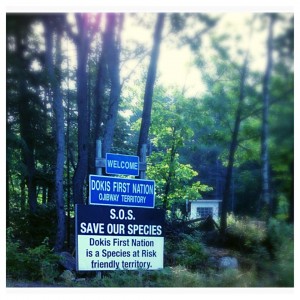 This research examines how state sanctioned technocratic models construct risk claims around water systems and how water is known and experienced by members of Dokis First Nation, an Anishinaabe community in Northern Ontario. The aim of this research is to offer a counter point to state sanctioned discourses of environmental risk by attending to the ways in which local actors negotiate and experience technocratic claims of risk, and to gain insights into the entanglements of subjectivities and affective consequences of inhabiting landscapes that are designated as a potential hazard by institutional authorities. Working with community-based researchers we began utilizing an exploratory methodology in the form of storycircles. Stories gathered in storycircles are being recorded on video and developed with storytellers into digital stories that will be uploaded onto a community interface housed on the Dokis website.

This research is funded by a NSERC Canadian Water Network grant, and a SSHRC Insight Development Grant. 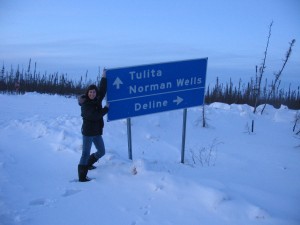 From 2006 until 2010, I worked with Dene communities in the Sahtu Region of the Northwest Territories to examine decisions and activities related to non-renewable resource extraction on Sahtu lands. In particular I examined local involvement in the assessment and regulation of the MGP, a 1,220 km pipeline proposed for the Mackenzie Valley. This research included an examination of the conditions under which Sahtu Dene participation in resource decision making takes place; it queries some of the assumptions inherent in regulatory, environmental assessment, and consultative processes currently in effect in the Sahtu region. Ultimately I suggest that while there has been significant progress in establishing avenues for Sahtu Dene participation in resource decision making, non-local epistemological underpinnings of governance, regulatory, and environmental assessment institutions and practices can hinder local participation in resource decision making and may serve to reinforce existing power relationships between proponents, Indigenous communities, and the Canadian state.