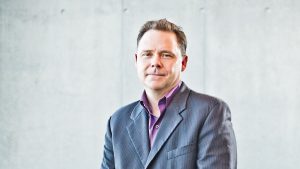 Dr. Sharpe completed his BEd at Lakehead University, his MEd at Nipissing University and his EDd at OISE/University of Toronto.

Dr. Sharpe’s primary research interests include: Teacher Abuse of Elementary Aged Students, Bullying, Aboriginal Education, Democratic Education and Inclusive Education. Dr. Sharpe is a Mohawk of the Bay of Quinte and is actively involved with several Aboriginal Organizations (INDSPIRE as a Teacher Mentor, Aboriginal Professionals Association of Canada, The Aboriginal Circle of Educators and Teach for Canada).

In June 2019, Glen was awarded the Carl Mitchell Community Engagement Award from the University of Toronto’s Alumni Association. In 2018, Glen was given the Chancellor’s Award for Excellence in Teaching from Nipissing University. In March, 2016, Dr. Sharpe was awarded The Governor General of Canada’s Sovereign’s Medal for his community engagement. In 2015 Glen was awarded the Researcher Award with The Aboriginal Circle of Educators. The Aboriginal Professionals Association of Canada highlighted Dr. Sharpe’s work in their Recognizing Excellence Program in July of 2015. In 2012 Dr. Sharpe was awarded Nipissing University’s Distinguished Alumni Award.