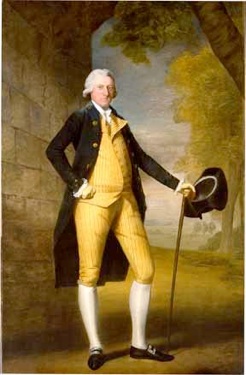 My Ph.D. dissertation on the settlement and administration of seigneuries and other lands acquired by General Gabriel Christie after the Conquest of New France was completed at McGill University in 1985. It is called: “Gabriel Christie’s Seigneuries: Settlement and Seigneurial Administration in the Upper Richelieu Valley, 1764-1854.” It is two volumes in length and includes numerous maps and details that could not be included in the book published later. It can be consulted at McGill University and at Library Archives Canada (LAC).

The book which emerged from the thesis, The Christie Seigneuries: Estate Management and Settlement in the Upper Richelieu Valley, 1760-1854, was published by McGill-Queen’s University Press in 1992. It examines the settlement and development of the five seigneuries in the Upper Richelieu Valley which originally belonged to Gabriel Christie: Bleury, Noyan, Sabrevois, Delery, and Lacolle, prior to 1854. For this study I prepared a database with information from the deeds of concession which I was able to find for each of these seigneuries, based on extensive research in all of the notarial records from the area and Montreal known to have worked for Christie and his heirs, and the McGinnis collection at LAC. Although there were major gaps in the records, due in part to the fact that the archive of Louis Barbeau who worked for Edme Henry, the agent for Napier Christie Burton, was burned during the Rebellions of 1837-38, the database consisted in the end in 929 land parcels. This database is described in detail in Appendix I of The Christie Seigneuries.

For obvious reasons of space, however, the names of the censitaires receiving these grants and the information found on individual grants could not be included in the book. Over the years, I have often been asked about this database. In 1994 I had prepared as clean a copy as possible of the database from the computer printout I had for the Société historique du Haut Richelieu. Remember, this was before personal computers! I am now making these copies available in PDF format for any interested researchers. There are two files. The first is by geographical order by SEIGNEURY and by concession. The second is alphabetical by NAME. The information is not quite identical and both should be used together. For a more complete description of the database see the file by seigneury. Both should be used in conjunction with Appendix I of The Christie Seigneuries. I hope these files will be of use to those searching for ancestors in the Upper Richelieu Valley.