My primary area of scholarly interest is twofold: the early Greek philosophical tradition and the early Indian. Currently, I am engaged in writing a book-length manuscript dealing with Friedrich Nietzsche’s first major work, the Birth of Tragedy . My concern in this project is Nietzsche’s particular use of Greek and Indian sources in defence of his argument in the Birth of Tragedy . I might be overstating “the case of Nietzsche,” but in many respects his Birth of Tragedy stands to modern culture with as much significance and complexity as Darwin ‘s Origin of Species .

I am also interested in what has come to be called “Transhumanism,” or “Posthumanism”-the view that humans are destined to morph into beings with characteristics different from those that currently characterize “the human” (eg., physical mortality, a restricted number of cognitive and physical senses, and a particular arrangement of bodily attributes). If Transhumanism were to have a “motto”, as the ‘ cogito ergo sum ‘ of the Enlightenment or the ‘ existence precedes essence ‘ of Existentialism, an appropriate one might be that coined by the Canadian author Christopher Dewdney: ‘ vinyl is as natural as lichen .’ An interesting yet difficult idea to contemplate. 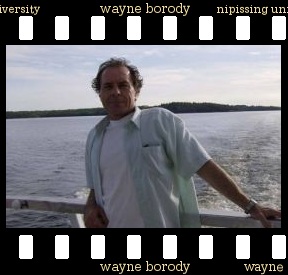