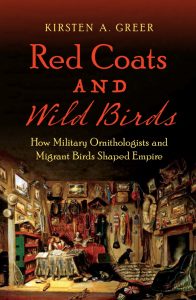 My current book project, based on my doctoral dissertation (2011), investigates the intersections between nineteenth-century British military culture and the practices and ideas of ornithology, focusing particularly on the British Mediterranean as a site of intersection for military men and migratory birds. During this time period, Britain established a network of garrisons in the region to safeguard the empire route to India and to maintain geopolitical control in Europe and in North Africa. Emerging from these networks was the documentation and collection of birdlife by British military officers who pursued ornithology alongside other scientific practices of cartography, ethnology, sketching, and photographing in the conquest and surveillance of territory. Considering that officers often occupied several imperial sites over the course of their military careers, this work employs biography – using textual and material culture – to determine how their movements and encounters with migratory birds shaped scientific knowledge and ideas about race, masculinity, and “British” birds. As this research reveals, British imperial knowledge, territory, and identity emerged “trans-imperially” as officers moved from one site to the next across (and beyond) the British Empire. The book also highlights the colonial continuities of such knowledge by focusing on the politics of migratory bird conservation in Mediterranean, and how some of these tensions can be traced back to British colonial rule in the region and ideas of “British” birds. 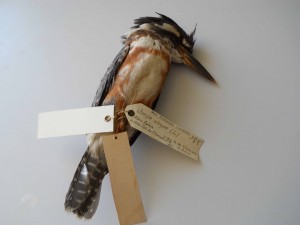 An important goal of my research has been to include natural history specimens as cultural artifacts in the histories of empire, science, and colonization.  For example, a significant contribution of my research has been how the production of ornithological knowledge helped to conceptualize Britain’s global empire and its “natural” regions. The collection and documentation of avian specimens by British military officers contributed to the field of zoogeography – a branch of biogeography concerned with the distribution of animal species across the globe – which involved the mapping of the six zoogeographic regions of the world, and their subdivisions. Here, zoogeography was co-constituted of British military geopolitics, especially in the Mediterranean where British military officers helped to materialize imaginatively and empirically the region as a semi-tropical site for the physical and cultural acclimatization of British officers en route to and from India, and to extend the European boundary-line into North Africa as part of Britain’s informal empire. See: Greer, K. (2013) Geopolitics and the avian imperial archive: the zoogeography of region-making in the late 19th-century British Mediterranean. Annals of the Association of American Geographers. 103, 6 (2013): 1317-1331; Greer, K. 2012. Untangling the avian imperial archive. Antennae: The Journal of Nature in Visual Culture, special issue on Alternative Ornithologies 20: 59-71.