There are only a few signs of Quintland left in the landscape today [Nov. 2012]. The fence is still there, the nursery and a guardhouse. One of the souvenir shops is now a private home.

Where the playground was 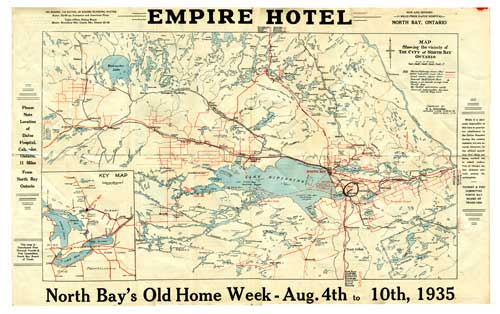 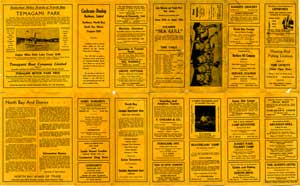 Starting in 1923 the Ontario government began distributing booklets meant to draw tourists, especially Americans, to come to Ontario to vacation. This was the beginning of the era of motor touring. An overview of the history of tourism in Ontario and the government’s involvement can be viewed at the Archives of Ontario’s online exhibit: Yours to Discover – Tourism in Ontario Through Time.

In the 1920s Ontario was promoted primarily as a Lake-land playground. Separate books for northern Ontario began to be issued in the 1930s. By the 1950s, the lure books consisted mainly of photographs. Other more specialized books such as the one on canoe routes were also issued.

Click on the cover image of the following lure books to view a pdf file of the entire book.